Football continues to bring in the viewers and the big bucks, Twitter cracks down on rogue accounts, “The Conners” debuts big, and many media companies are pulling out of a much-anticipated business conference in Saudi Arabia. These are just a few of the stories that highlight the week when examining the top advertising news and marketing news stories.

After two years of declining ratings, the NFL is enjoying soaring viewership so far in the 2018 season. Following a few years of swirling controversies over the risk of concussions and CTE to athletes and the decision by some players to take a knee during the national anthem, this year’s season is experiencing rapidly increasing ratings. Advertising and marketing executives can rejoice in the big numbers, knowing that their messages are reaching more viewers than ever. According to the NFL statisticians, 54 games have been decided by just one score, keeping viewers turned in through the end of the game. Over half of the NFL’s teams are within one point of first place, a reflection of the parity in the league this year. With a big digital marketing presence, the NFL hopes to also capitalize on these rising ratings in the online market space.

THE CONNERS RAKED IT IN

Despite the controversial dismissal of Roseanne Barr from the hit ABC series, the newly named show, “The Conners,” pulled in big ratings in its season debut. The October 16 premiere of the spinoff notched 10.5 million viewers, making it the highest rated new show of the week.

The headline in the social media industry last week was the announcement from Twitter that it was going to ban more InfoWars accounts. After InfoWars tried to circumvent the earlier bans placed in September, Twitter was forced to ban 18 additional accounts.

The allegations of murder against Saudi Arabia following the disappearance of journalist Jamal Khashoggi in Turkey is leading to uncertainty of the future of the much-anticipated “Davos in the desert” conference. Many high-profile media companies had been scheduled to attend the event, focusing on building future business relations in the Middle East. As primary sponsors, the media was set to play a crucial role in the success of the conference. However, as the case continues to remain unsolved, many media companies are rethinking their role in sponsoring the conference. 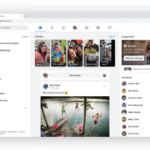